THE BEAUTIFUL MADNESS OF BILLY OTTO

A CELEBRATION OF INSANITY WITH "CHEMICAL REIMAGINED"

You may or may not have noticed this ethereal Jesus lookin’ dude, Billy Otto, popping up on our socials every once in a while. Usually examining a Varuna board like it was Excalibur, or scanning a tropical beachfront with a board in frame. He’s charismatic, absurdly stylish and always has a gentle smile on his face. We love him for that.

Well, we’ve known Billy for a while now,  and we’re stoked to welcome him into our Varuna family tree as the very first Varuna Ambassador.

Billy’s a good mate who also happens to be a brilliant musician (a completely objective point of view, by the way), and we can always rely on him to rally the troops, particularly if it means helping the planet.

WE SAT DOWN WITH BILLY THE OTHER DAY TO TALK ABOUT HIS NEW TRACK, “CHEMICAL REIMAGINED,” OUT NOVEMBER 25, AND WHAT HAPPENS WHEN YOU EMBRACE THE MADNESS WITHIN. 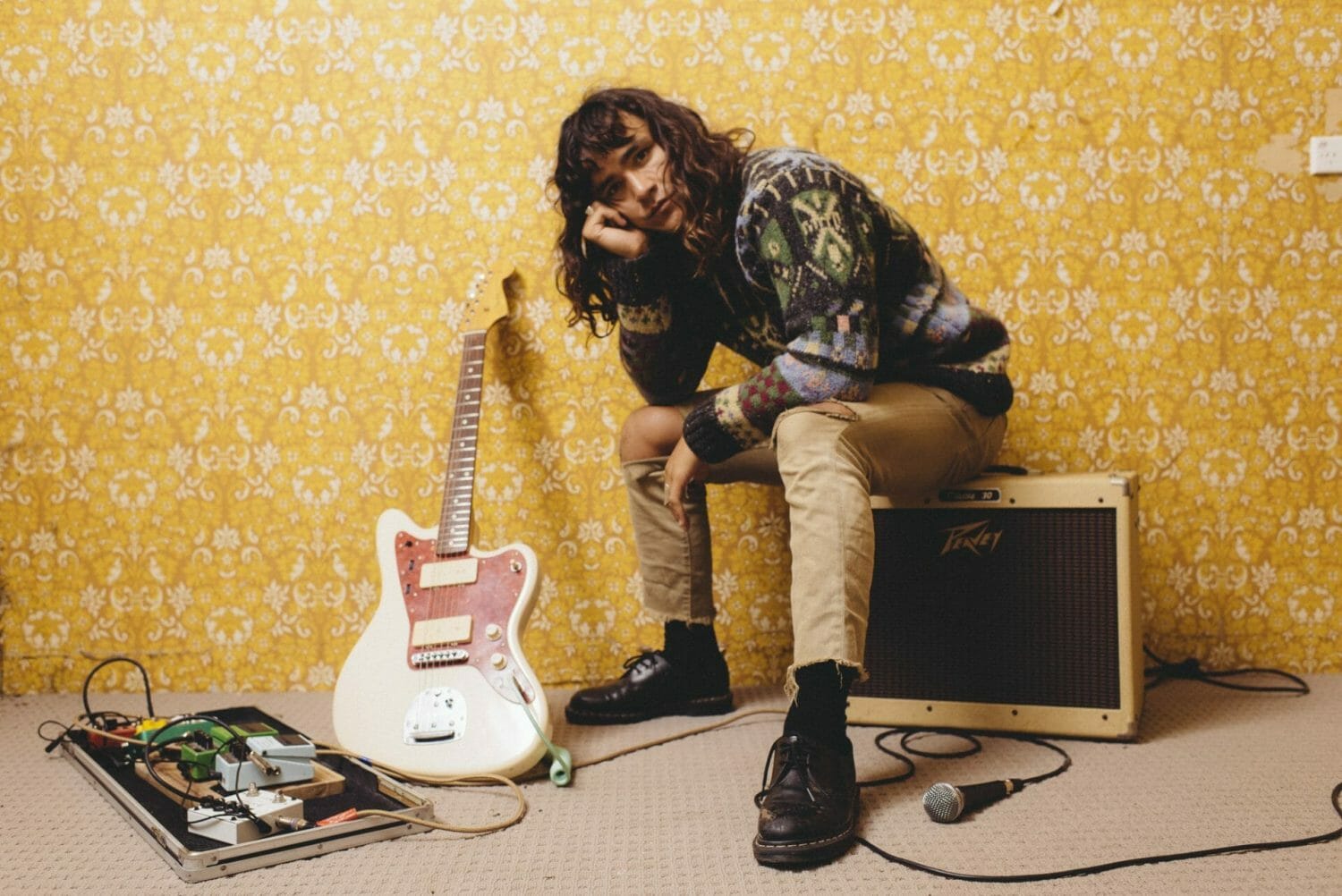 It can be hard being the sunny guy, the always-happy guy, the one everyone looks to for a pick-me-up. But when you’re living life in a perpetual state of “up,” those lows can be excruciating and confusing as hell.

For Billy, growing up in a rugby town immersed in deep religion was his indoctrination in what he would later identify as toxic positivity.

“I was literally told ‘be happy because God loves you’, like that was my narrative,” Billy said, “and I would get really hard on myself because I wanted to be a saint.”

But like any human, what goes up must come down.

In 2018, Billy found himself living in Chicago, homesick, down with shingles, and struggling with depression, losing faith and what felt like his sanity as he tumbled into a black void.

“Chemical Reimagined” was inspired by this descent into madness and the power of choosing to embrace the void rather than fight it, accepting that a perpetually positive disposition doesn’t always serve.

“We’re all a bit crazy and when you realise that it’s just part of the human experience, you can celebrate it.”

The track glorifies this descent, creating a sonic embodiment of the sensation of falling into the depths of your own mind, not unlike Alice floating down the rabbit hole. Up or down, no one can say.

Hypnotic layers of synthesizers and strings create an ethereal effect, reminiscent of neurons lighting up as they travel from synapse to synapse until they erupt in a triumphant celebration of sound, symbolising the jubilation of self-acceptance.

Since abandoning the archetype of toxic positivity and finding sanctuary within, Billy has come to appreciate the ebbs and flows of human existence.

“It’s a hard thing to really be vulnerable and to fully embrace your sacred emotions as a man,” Billy said, “but it’s even harder to live life in denial.”

He’s rediscovered a humbling reverence for the overarching paradox of the universe. With chaos comes creation. With madness comes brilliance. With darkness comes light.

“We’re so scared of those black holes, we’re scared of the void, but it’s our own salvation as well,” Billy said, “I was so scared of that space for a long time, but embracing the void has brought a deep sense of peace in my life.” 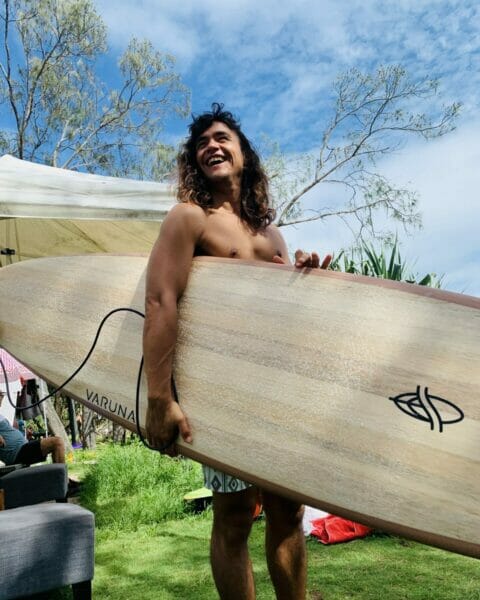 With this newfound adoption of self-acceptance, Billy has begun to recognise what he needs to achieve homeostasis, and a regular diet of saltwater seems to do the trick.

“Whenever I’ve removed myself from the ocean is when I’ve seen a decay in my emotional wellness,” Billy said. “Your emotional, spiritual, and mental health correlates with the ocean. And just like we are of the earth, we are nature. And then we isolate ourselves in these little little boxes and these little screens, and we’re so removed from the natural world.”

The ocean allows him to reconnect with the natural world and with surfing in particular, savor the minimalism the lifestyle entails.

“The ocean is really primal to me,” he said. “You’ve got one bit of equipment and especially with Varuna, I’m riding wood and it feels like I’m coming back to the essence of one singular ecosystem.” 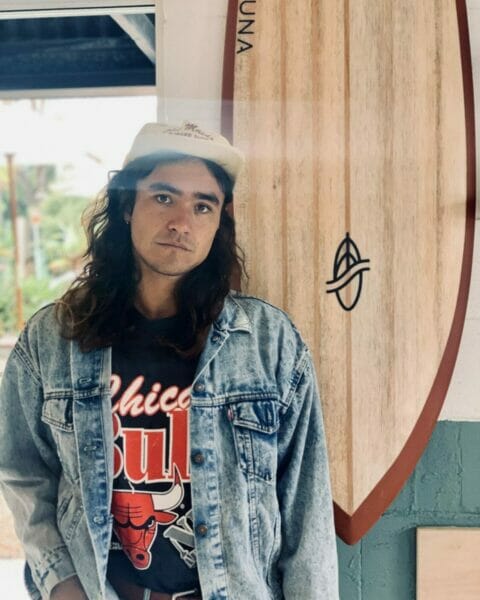 WELCOME TO OUR FAMILY TREE

Be sure to listen to “Chemical Reimagined” tomorrow, November 25, on all streaming services.

We highly recommend grabbing your best headphones, cranking the volume to an immersive decibel and absorbing yourself in all 150 layers of sonic majesty.

And be on the lookout for Billy on our Varuna channels as he continues to use his powers for good and redefine the world of sustainable surfing.

We’re stoked to have him on board – yeeeeeeew!