WHEN YOU SURF FOR THRILLS, NOT BILLS

Sure, pro surfing is great 'n all, but have you ever watched underground chargers dominate at a remote desert break?

Earlier this year, I got to scope out the WSL comp in Narrabeen and as expected, saw some incredible surfing.

Caroline Marks showed no mercy and Gabriel Medina was more aggressive than a magpie during swooping season.

Watching that level of surfing was entertaining, but honestly, not very aspirational. There’s no way I’ll ever surf like that, and I’m fine with it.

A few months later, I found myself exploring the rugged coastline of West Australia, living out of a van, surfing heaps and dodging phone reception like a Vodafone cell tower.

Living the dream, so to speak.

At our final stop, we just so happened to arrive in time for an epic swell. I’m talking 6-8 foot, light, offshore winds and absolutely pumping.

As a proud, intermediate surfer, I happily and graciously accepted that these conditions were beyond my skill level and didn’t paddle out during this magic swell.

I did, however, get front row seats to some of the best surfing I’ve had the privilege of witnessing.

And that first day did not disappoint in the slightest. 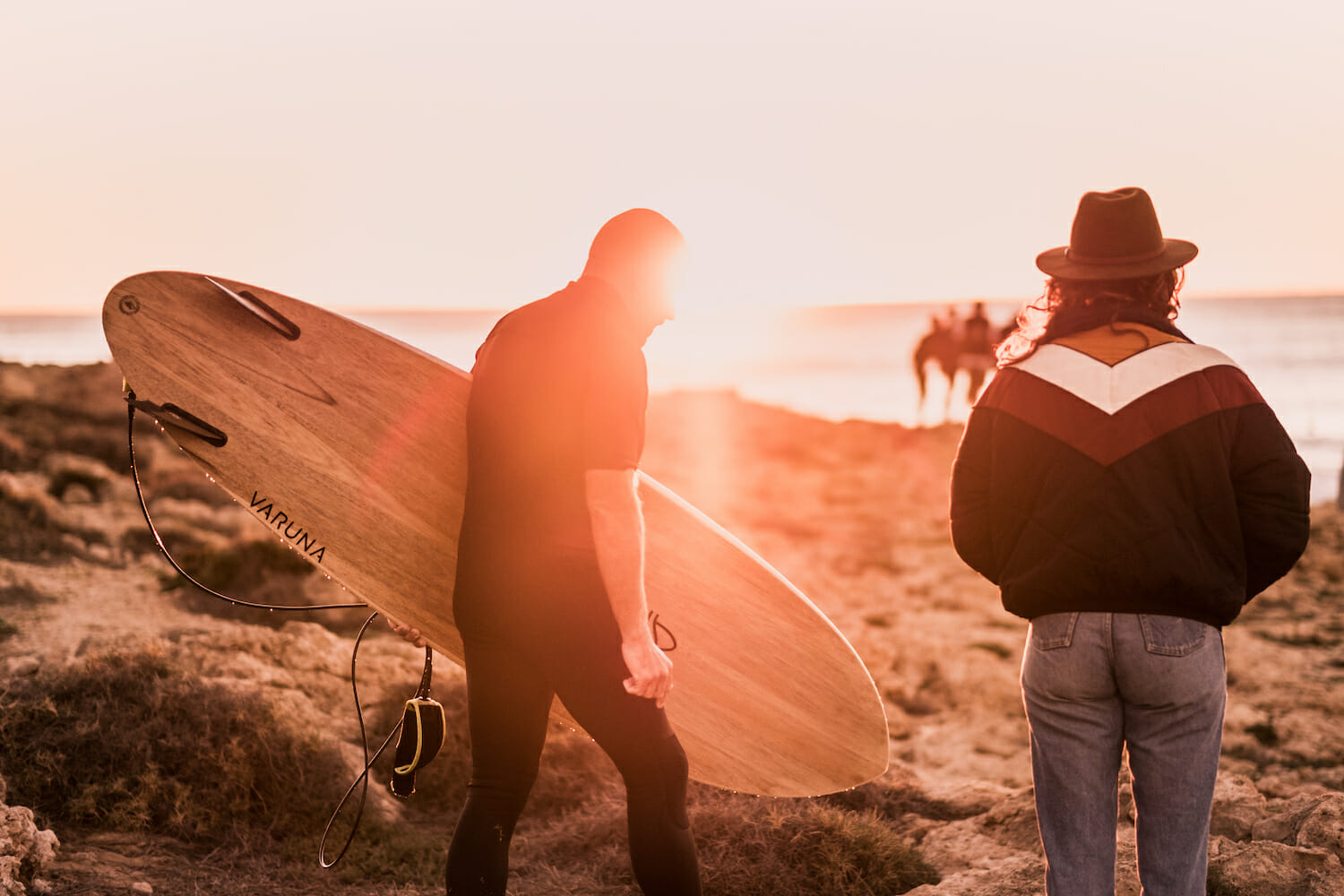 Sunset was prime time, and everyone wandered out to the cliff to catch the show.

In fact, the entire camp was there. If you weren’t in the water, you were watching from the cliffside.

Even the manta rays showed up, lazily waving from the bay and reminding me of die-hard soccer fans flying their gigantic flags in slow motion.

I parked myself on the rocks with the other spectators, a beer in hand and two more in either pocket, while a packet of chippies made their way around the group.

A few resounding “Yeeeews!” alerted us to an incoming set, and we saw crew in the lineup paddling frantically to get in position.

Once the first of several liquid behemoths arrived, that’s when the hardcore surfers came out to play.

Each wave broke quickly and malevolently. There was no time to drop-in and bottom turn, and immediate high-lines were necessary for survival.

Crew were racing down the line to avoid being swallowed whole by the snarling, white wash beast, but those lucky few who made it through did a celebratory, sweeping turn, leaving behind a fan of euphoric spray.

Watching the brutal display was invigorating. We collectively erupted in cheers when a surfer pulled through or grimaced when someone was worked beyond comprehension.

It felt like watching gladiators in the colosseum battling lions, tigers and other unfair advantages from their adversaries.

Only the strong survived and the weak were washed away.

But for those who found themselves in prime position when the set wave came, they unleashed the performance of a lifetime.

LIGHT YOUR SOUL ON FIRE

For a slew of amateurs, this was easily the best surfing I’d ever seen.

And what struck me most was that they weren’t surfing to get their sponsorship renewed. Or to rack up Followers or Likes. Or even to pay their bills.

They put themselves at risk, hours away from any functioning hospital in seriously dangerous conditions and for what?

Simply because surfing waves like that lights your soul on fire.

And when that’s your reason for surfing, it shines through in your performance, which, from my perspective, makes it much more impressive to watch.